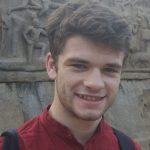 David completed his BSc. in Mathematics and Computer Science in NUIG in 2017 with first class honours. During his third year in NUIG he spent a semester studying at the Hong Kong University of Science and Technology. During his undergraduate summers he worked as a data scientist for Prudential and Orreco. He then undertook a research MSc. in NUIG from September 2017 – 2019 which was funded by an EU H2020 project called ROCSAFE, concerned with the automation of certain parts of forensic investigations which were hazardous in nature due to the substances involved (chemical, biological radioactive and nuclear agents). His work involved stochastically modelling a system of Autonomous Aerial Vehicles with remote sensors, which he then used to develop algorithms to automate and expedite the process of localisation of forensic evidence. He used Unreal Engine to simulate these scenarios. He integrated plugin called Airsim to provide a model of the aerial vehicles, which can interface with commercial autopilot software. This provided a proof-of-concept of his work as well as some of the other technologies developed in the project. He has joined V-SENSE to work on crowd simulation technologies within the SAUCE project. His hobbies include playing guitar, triathlon, surfing, soccer, reading sci-fi and solving problems on projecteuler.net. 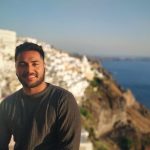 Amar recently completed his Masters in Computer Science, specialising in Augmented and Virtual Reality from TCD. As a part of his dissertation, he worked on integrating full-scale 3D models into real life using Augmented Reality. It involved the design and implementation of a mobile application that enables full scale simulation of the Front Square of the TCD campus using AR. This research features virtually simulated crowd and also discusses the optimisation of 3D meshes for mobile AR and the investigation carried out to determine the better approach between marker based and marker-less AR for similar applications. He is fascinated by design and programming alike. His areas of interest involve design of high conversion digital experiences, Augmented Reality, Virtual Reality and the applications of similar technologies in the creative industry. 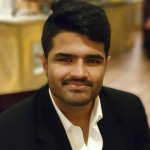 Susheel’s undergraduate is from BITS-Pilani, Dubai, an Indian-based university. He undertook his Bachelor’s in Computer Science, wherein he covered OOPS, Java, Assembly language coding, C++, C# and Artificial Intelligence. In his third year his interest in game development peaked and by his final year he started making projects using Unity Engine and C#. They cover a variety of fields, namely, Application creation, Augmented Reality using Wikitude, Vuforia and ARCore, Games and Level Designs. His passion for coding led him to study in Trinity College, Dublin for his Master’s in Computer Science – Augmented and Virtual Reality. Under TCD, his dissertation was to implement an Interactive crowd simulation and manipulation in an AR environment under Professor Aljosa Smolic, further strengthening my skillsets in Unity5, C# and Artificial Intelligence. He was born in India but grew up in Dubai. His hobbies are playing football, basketball, playing and developing video games. He plays guitar and plenty of other sports but at an amateur level. He speaks English, Hindi, Tamil and French at a professional level and Japanese and Italian at an amateur level.